NO-DEAL BREXIT: HOW TO PROCEED WITH THE EU-FUNDED PROJECTS INVOLVING BRITISH PARTNERS?

The Brexit deal has been voted down. Premier May didn’t succeed in getting enough votes to complete her deal, but managed to survive the vote of no-confidence that followed. As a result of the no-deal, there is chaos, uncertainty and only one question: ‘What now?’. May, the EU and European heads of government will, of course, consult with each other to see how a hard Brexit can be averted. On the one hand, the EU wants to do its best, as is clear from the reactions. But how are we going to continue with the EU-funded projects involving British project partners.

Due to the disapproval of ‘May’s deal’ by the British parliament, the Draft Withdrawal Agreement, which among other things included that the UK can continue to use the programs and activities from the Multiannual Financial Framework until 2020, is currently out of the question. This means that  from the EU perspective there is no guarantee that after the Brexit the EU-funding will continue unabated for projects with British partners. To underline this, the EU is currently including a text in every evaluation letter indicating that the funding of a project will only be honoured till the end if the Withdrawal Agreement is made. If not, British partners will lose the right for the EU-funding or will have the opportunity to end their participation in the project. This means that the establishment of a new deal between the UK and EU before the Brexit date of 29 March 2019 is, therefore, still very important.

Earlier we already reported that in September 2018, the British Department for Business, Energy & Industrial Strategy composed a Q&A about Horizon 2020 including the ‘underwrite guarantee’. In this Q&A, the Institution offers a reassurance that, if the Withdrawal Agreement will not be signed, the British government guarantees to continue the Horizon 2020 obligations during the entire duration of the project.

No-Deal Brexit | PNO Consultants keeps you up to date

No-Deal Brexit, Brexit Deal or second referendum. No one can foresee what will happen next. But PNO Consultants keeps you up to date about the current developments and their impacts on EU funding and EU funded projects. 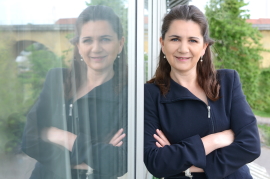