The consequences of the Horizon Europe budget reduction

The COVID-19 health crisis hit Europe suddenly and severely. A Europe which, in order to rebuild itself, voted an economic recovery plan of  750 billion EUR, resulting in the cutting of several European programmes including Horizon Europe.

On 23 July 2020, the European Parliament validated a European economic recovery plan with a budget of 750 billion EUR. Horizon Europe, the framework programme for research and innovation (2021-2027), has had its budget decreased from €94 billion to €84.9 billion, a cut of €10 billion.

On 10th of November 2020, when Horizon Europe’s budget was set at 80.9 billion euros, and after tough negotiations, the European Parliament and the European Council finally increased this budget by 4 billion euros. It is now a matter of deciding how the budget will be distributed between the different areas of the programme, on how it could be used in coordination with other EU funding sources and on which countries outside the Union will be allowed to participate. 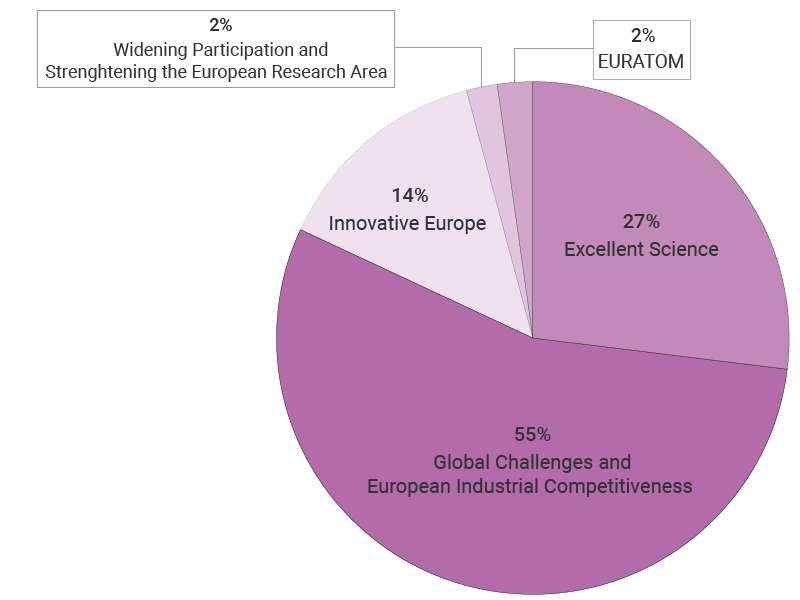 However, Horizon Europe is not the only framework program to face a budget cut. InvestEU, the European Defense Fund, ERASMUS and EU4Health also have a reduced budget.

The consequences for the Research and Innovation

Among the sectors most affected by this decrease are health and climate initiatives. Two sectors that were considered to be priority areas during the implementation of the framework programme. These sectors are part of the second pillar Global Issues and European Industrial Competitiveness which has a budget of more than 47 billion EUR, i.e. more than half of the total budget of Horizon Europe. We do not know, for the moment, which themes will be highlighted by these sectors. Nevertheless, will this be enough to face the societal challenges and strengthen Europe’s competitiveness? 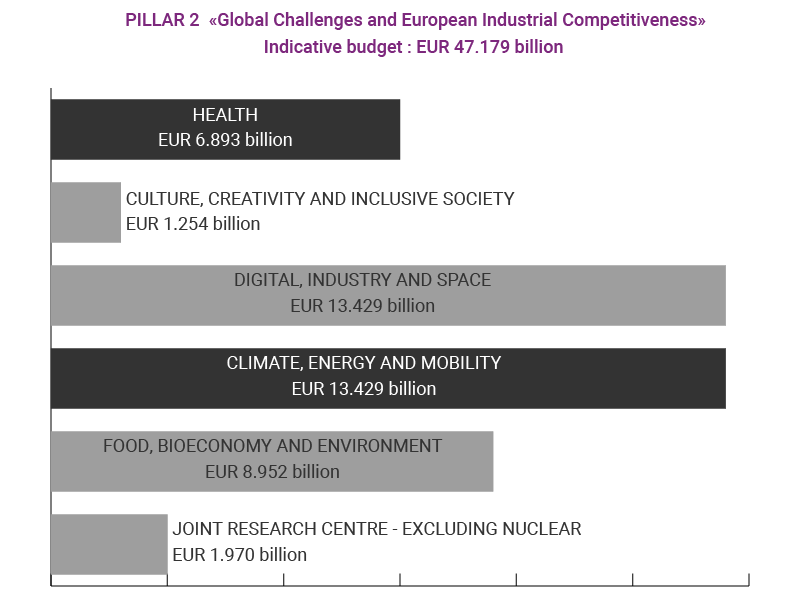 The budget of the Horizon 2020 framework programme (2014-2020) was 79 billion EUR. With this cutting, the new European Horizon Europe Framework Programme has „only“ slightly less than 2 billion euros of additional budget than its predecessor, although its visions are much more ambitious.

A reduced budget and a „post-pandemic“ atmosphere could have serious consequences when Horizon Europe will be launched in 2021:

The first drafts of the work programmes and public consultation were published in September 2020. Subject to the adoption of the new 2021-2027 budget, the first calls for proposals should be published in the first half of 2021.

And the United Kingdom in all this…

Want to know more about all the changes related to Horizon Europe? Don’t hesitate to contact one of our experts!